What to Watch Out for with Hover Boards

Even though it’s been on the market for a couple of years now, the hover board still has that uniquely futuristic vibe. However, no matter how much you enjoy riding or lending yours, you’ll have to take safety into account. Here’s a list of what to watch out for with hover boards:

Although hover boards have significantly improved their stabilizing systems in recent years, there’s always a chance that you’d fall off—especially if you’re moving too fast. This is why it’s highly recommended that you wear a helmet anytime you’re planning to get on your hover board.

If you have the budget for other safety gear, invest in a good set of wrist, knee, and elbow pads. As much as possible, go for those equipped with polycarbonate caps, but there’s no need to shop for anything specifically labeled for hover board use. Bundles made for skateboarders should be enough to meet your needs.

Hover boards are sometimes marketed as a toy, but that doesn’t mean you give should them to your three year old. Keep in mind that most of these transportation devices are capable of reaching high speeds. It’s hard for the uncoordinated to act quickly enough to avoid falls or collisions, particularly when making sudden turns.

So, as much as possible, follow what’s in your board’s safety guidelines regarding the rider’s minimum age. In most cases, twelve is the lower limit, but the recommendation could be lower for slower models. Also, if you do decide to let your kid ride a hover board, you should be willing provide enough supervision the entire time.

If you’re thinking of using your hover board to go to work or simply to go shopping, you should first check your local laws for any possible restrictions. In New York and London, for example, anyone caught riding the compact transportation device in public gets fined. And no, these fines aren’t cheap.

Know what to watch out for with hover boards, regardless of their toy-like aesthetics. So, before using yours the next time around, don’t forget to wear the right gear and check your local laws. Also, follow the specified minimum when it comes to age—even when faced with a child’s tantrums.

If you’ve been looking for hover boards these past few days, you were probably bombarded with ads that supposedly feature the cheapest on the market. Well, keep in mind that a low price tag doesn’t necessarily translate to value. You’ll have to pay attention to a few important things to really find value hover boards.

The Question of Age 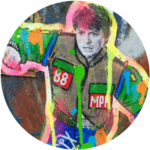 If you come across a board that’s been made way back in 2015 or 2016, you should think twice about spending your money on it. During those years, the technology was still in its infancy and so, some issues were only starting to become known. Wipeouts, for example, were a lot more common. At times, the sheer difficulty of staying balanced ended up causing injury.

The latest models come with advanced microprocessors and, more importantly, better gyroscopes. These keep the device from wobbling too much whenever there’s a person riding it. Of course, the improvement in stability lowers your chances of falling off. If you’re planning to get a hover board for mobility purposes, you’ll definitely appreciate this improvement.

Aside from having upgraded microprocessors and gyroscopes, the newest models generally have sturdier batteries. During the first year of its release, the hover board quickly became associated with fires and explosions. These issues did definitely exist, mainly due to poorly built batteries. Major retailers even had to stop the sale of models equipped with subpar batteries.

Value isn’t something defined merely by a board’s price tag. It’s determined by a hover board’s overall quality. And as you’ve learned, among the device’s many parts, two prove to be the most important: the balancing mechanism (microprocessor and gyroscope) and the battery. Again, even if you’re on a tight budget, you shouldn’t get anything with cheap parts.

So it’s been weeks since you’ve started using your hover board to move around the house. And like many others, you eventually began to wonder whether there are more exciting ways of using the personal transportation device. Well, there are probably dozens or hundreds of ways to have fun with hover boards—but here are some of the best ones:

If you have two hover boards at home, or know someone with a hover board, this could prove to be quite fun. Of course, you’ll need a fairly spacious area to make this work—and to reduce your chances of bumping into each other. Also, it would be best to check your chosen space for evenness as some boards don’t handle bumps very well.

There’s something captivating about the aesthetics of hover boards. However, that doesn’t mean you have no way of making them look cooler. Design your own decals, have them made, and stick them on your board. Likewise, you could make changes to the paintjob. Treat your board like a custom car and go for matte or pearlescent paint.

Yes, there are all sorts of tricks that can only be done with a hover board. If you’re a beginner but you’re confident about keeping yourself balanced, you could aim to ride with both feet on one side. Experts, on the other hand, are welcome to try one-eighty flips. Yes, it’s all about spinning the board then jumping and landing back on it perfectly.

For girls (or women) who love the challenge that comes with putting on makeup, trying to do the same thing while riding a hover board might turn out to be quite amusing. While this would surely be messy (with lots of wasted cosmetics), it’s definitely a way to settle the score on who’s the best makeup artist in the group.

Hover boards aren’t just a smaller substitute to the bulky Segway. They’re an excellent choice for the adventurous, or those who wish to find new and exciting activities. So, once you’ve tried some of these ways of having fun with hover boards, try to come up with your own—and don’t forget to share them with your fellow enthusiasts.